Strong and warm investment in Campeche

PLAYAMAR CAMPECHE is the strongest Real Estate Investment Project in Campeche. Acquire one of the 20 Beach Front Residential lots. Put your capital to work, protect it and diversify your Investment portfolio. We give direct financing or Cash Plans with special discounts.

About us
Play Video

Making real estate investments, with the best market returns, result in providing and solidifying the best patrimony for our clients, that will increase day by day with the passage of time.

How can I choose my beach front lot?

We have available lot´s that measures from 16,000 sqf to one and a half hectares. Once you have chosen the size of the lot and are ready to be contacted, one of our heritage experts will take care of sharing a KMZ with the location of the available lots. A KMZ is a file that you can open with the Google Earth tool (terrestrial browser). You will be able to visualize the location of your lot as it appears in the following image. 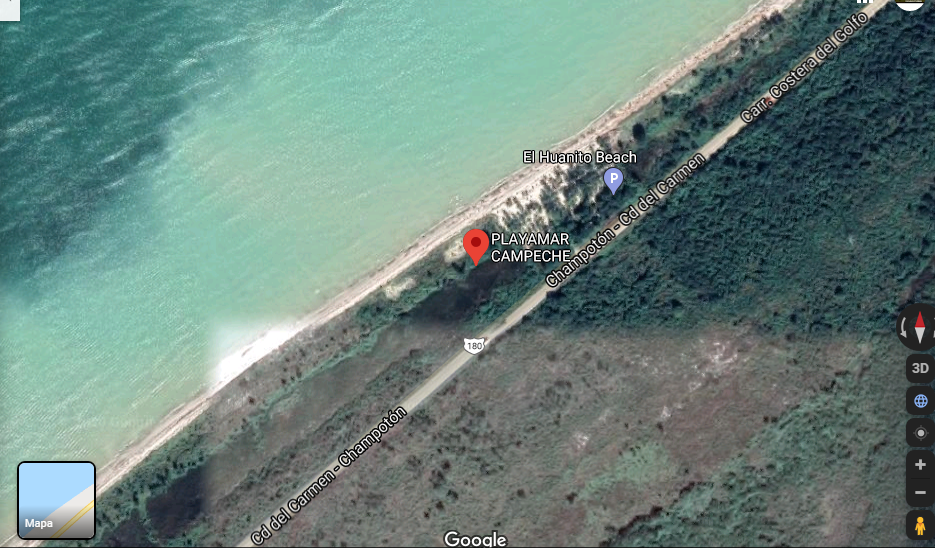 How to know that the lot that we sell exists?
Nuestros terrenos de inversión están inscritos en las dos instituciones que dan certeza jurídica a una propiedad: el Registro Público de la Propiedad y el Catastro Municipal, ambas dependencias avalan la existencia del predio. El Registro Público de la Propiedad y de Comercio, es la Institución a la cual corresponde otorgar seguridad jurídica a través de la publicidad registral de los actos jurídicos regulados por el Derecho Civil, con la finalidad de facilitar el tráfico jurídico mediante un procedimiento legal, cuyo objetivo es la seguridad jurídica.  El Catastro es el encargado de llevar a cabo las operaciones catastrales de identificación, localización, descripción, deslinde, registro, cartografía y rústicos ubicados dentro de su jurisdicción territorial. El Catastro es una organización cuya función primordial es la de describir la propiedad inmobiliaria. For us, the most important thing is that you feel secure in your investment, that is why we are committed to giving you a copy of the Cadastral Certificate, location sketch, as well as the electronic folio of the public registry and the cadastral planking.
Who determines the tax lot cost?
The tax lot cost depends on some factors such as: surface of the acquired investment lot, cadastral value and Municipality to which it belongs, the above is directly determined by the authorities.
How often is the tax property paid?
The payment of tax property is subsidized by "PLAYAMAR CAMPECHE" until the moment of signing the corresponding definitive deed of sale. Remember, the payment of the property is an annual payment and by law, the seller must deliver the land free of encumbrance and without tax debt until the date on which the final deed of sale is signed. Once the final deed of sale is signed, the payment of the property tax of the following year will be borne by the buyer (you).
Is the area already urbanized or is it in progress?
The PLAYAMAR CAMPECHE´S lots have urbanization at the foot of the lot, as well as feasibilities of the CFE (Federal Electricity Commission).

If I´m foreigner, can I acquire a Lot in PLAYAMAR?

A foreigner can acquire a property in the national territory, however, there are some considerations that you should know as a result of the so-called Calvo Clause:

Every foreigner must enter into an agreement with the federal government, particularly with the Ministry of Foreign Relations to be able to buy a property. In this agreement, the foreign person agrees to consider himself as Mexican with respect to said acquisition and not invoke the protection of his government to resolve any controversy related to the property, at the risk of losing, if he did not comply with the agreement, the goods or investments for the benefit of the nation.

You will not be able to acquire real estate on parcels or “ejido land”, nor in the restricted area that corresponds to a strip of 100 km along the borders and 50 km wide on the coasts.

This last limitation is relevant, since Mexico is a country with a large number of kilometers of coastline and borders, so the area restricted to foreigners occupies practically half of the national territory.

You may wonder, then, how there are foreign hotels on Mexican beaches. According to the National College of Mexican Notaries, the 1993 Foreign Investment Law qualified the prohibition that exists in Article 27 of the Constitution, by opening it to foreign investment through certain figures or companies, including the trust, the Mexican companies with a foreigners admission clause and companies with foreign investment, in the latter case, as long as they are not residential.

The objective of this reform was to promote economic growth by making it possible for Mexican companies with foreign capital to invest in these areas, basically for factories on the border and tourist developments on the beaches.

We advise and accompany you in the purchase process.

What do I need to buy a Lot in PLAYAMAR?
Can I purchase a Lot if I am minor?

In the case of minors, they must be represented by the person or persons who represent and exercise parental authority over the minor. Usually it must be represented by his father or mother. To externalize the affiliation, the client must go to the signature and deliver the original of the child's birth certificate. The above, in order to prove kinship before the Public Registry of Private Property and the Notary.

What payment methods do you accept?

You can choose any of the following options:

We have various payment terms from 3, 6, 12 and up to 18 months. Once you have chosen the investment lot of your interest, an expert will share every detail about financing.

Where are the deeds signed?

The deed signature The signing of the deed is ONLY carried out directly at the Campeche Notary.

Who participates in the buying and selling process?

1) Notary public: The Lawyer or Lawyer to whom the Executive Power of the State delegates public faith to give evidence and formality to the legal acts and facts celebrated before him, that the interested parties want or must give authenticity according to the laws , as well as endowing them with the solemnity established by law.

2) Public Registry of Property and Commerce: in accordance with the recitals of the Law that creates the Institute of Patrimonial Legal Security of the State. - The Public Registry of Property and Commerce, is the Institution to which it corresponds to grant legal security through the publicity of the registry of legal acts regulated by Civil Law, in order to facilitate legal traffic through a legal procedure, the objective of which is legal security. It is in this public institution where various procedures are carried out and provides services related to the registration of properties, cancellation of liens and embargoes; registration of commercial companies, legal entities and movable property, among others, with which it is intended to achieve the purposes of granting legal certainty, transparency and certainty regarding the legal situation.

3) Cadastre: in accordance with the recitals of the Law that creates the Institute of Patrimonial Legal Security of the State. - The Cadastre is in charge of carrying out the cadastral operations of identification, location, description, delimitation, registration, mapping, valuation and updating of the cadastral values ​​of all urban and rustic properties located within its territorial jurisdiction. The Cadastre is an organization whose primary function is to describe real estate in its different uses and applications.

There are several steps, all of them are simple:

After liquidating, how much time do I have to write?

Congratulations, once the investment lot has been settled, you have until before the end of the year in which you liquidated the investment lot to sign your final deed of sale, as long as the project has your complete documentation to celebrate the sale.